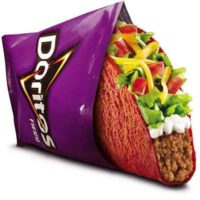 Update: A base was stolen during Game 1 of the MLB World Series! Anyone can get a free Doritos Locos taco on October 30th, 2pm-6pm.
If a base is stolen by any player for either team during any game of the 2019 World Series championship Taco Bell will offer every person in the 50 U.S. and District of Columbia the opportunity to obtain one free Doritos Locos Taco at participating Taco Bell® restaurants in the United States and District of Columbia. If an eligible base is stolen during the Games, Taco Bell will make an announcement through selected media channels, including a press release and its web site. US only

How do I claim this freebie?

Freebies and Free Samples by Mail

New freebies in your inbox

New freebies in your inbox

Sign up for FREE samples and get freebies in your inbox

Have you got a freebie the world needs to hear about?